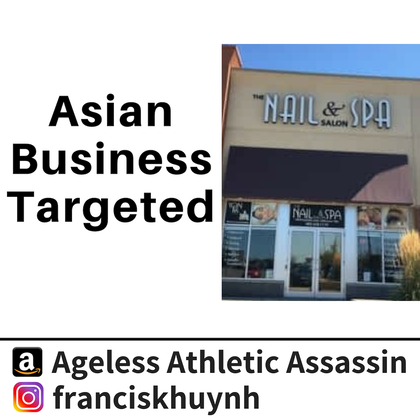 As the FBI reports, Asian business owners are often labelled as “easy targets” because they are perceived to speak limited English and won’t reach out to law enforcement for help.
​
In 2014, 49-year-old prominent lawyer Danford Grant, a married man with three children, was sentenced to 25 years in prison for raping five Asian women at a series of Asian massage parlors in the Seattle area. Grant was described by police as a serial rapist who was obsessed with Asian women - particularly immigrant Asian American masseuses who couldn’t speak English and would feel shameful about reporting rape. He chose his Asian American massage therapist rape targets by researching their personal information beforehand and booking appointments under false names with burner phones. Grant was caught fleeing from his fifth rape when police found a pistol, bag of Viagra, a computer with internet search histories of “rape scenes,” and his wedding ring in his Honda Pilot car. What’s scary is that Grant acted polite saying he was an attorney, police officer, or doctor and then lied about his wife being dead before raping the women who refused to have sex with him. Shocked, the fifth rape victim said “I'm particularly fearful of the ones who appear well-mannered and friendly because they would remind me of the bastard who tried to rape me. I cannot use a small knife in the kitchen because it looks similar to the knife Grant used to rape me.”

In 2017, the FBI arrested individuals responsible for a recent series of at least 9 violent commercial robberies targeting Asian owned businesses, restaurants, and salons in Atlanta Georgia.  Per the FBI, “The robberies all appear to have been committed by males approximately 5’08” – 6’00”, with thin builds, in their late teens to mid-twenties. Two suspects generally enter the businesses, often initially acting as customers, while a third serves as a getaway driver.”

In 2019, 51-year old Vietnamese Ngoc Nguyen, mother of three and grandmother of two, was killed by 21-year-old Krystal Whipple, who drove over Ngoc’s body by car, when she ran away from paying a $35 manicure bill at a Las Vegas Nail Salon.
© 2016 JustHuynh Inc. All rights reserved  |  Terms of Use  |  Privacy Policy