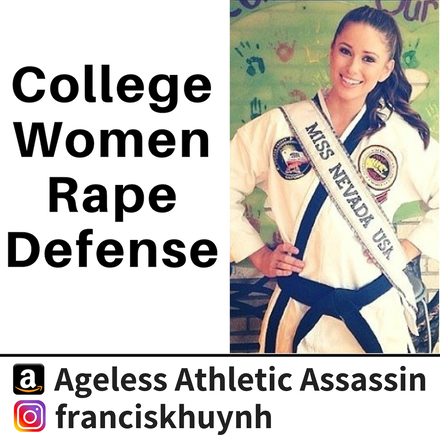 
In America, college is a 4 year experience where students live outside of their homes for the first time in their lives. What parents and students should worry about is the chance of rape or bullying on campus especially when offenders are under the influence of alcohol. According to the 2014 federal campus safety data, 100 universities reported at least 10 rape incidents during the year with Brown University and the University Connecticut tied for the highest annual incidents at 43 rapes each. American Association of University Women VP for Government Relations Lisa Maatz says “Universities need to stop trying to treat rape as a PR problem and treat it as the civil rights and public safety issue that it is.”

Jessica Valenti, author of “Sex Object: A Memoir” who’s a graduate of Tulane University, cites a 2015 national poll conducted by the Kaiser Family Foundation that found men in fraternities are three times more likely to rape women and women in sororities are 74% more likely to experience rape than non-sorority women. Jessica cites examples of rape cultures across America to forewarn current and incoming college students such as at Yale University where fraternity brothers marched through campus yelling “No means yes, yes means anal,” at Georgia Tech where a fraternity brother sent an email guide called “Luring your rapebait,” and at Wesleyan University where a fraternity was nicknamed the “Rape Factory.”

University of Windsor Professor Charlene Sene did a $1.3 million research test comparing results of women 1 year after 400 women college freshman took martial arts training vs 400 women college freshman who had a quick 15 minute session about sexual assault with results showing that sexual assault prevention programs reduce risk of rape by nearly 50%.
In the midst of the #MeToo Era, colleges and universities across the United States are required to detail how they deal with sexual assault as mandated by the U.S. Department of Education’s 2013 Campus Sexual Violence Elimination Act or risk losing federal funding. From 1999-2013, the U.S. federal government spent over $139 million on over 388 projects to reduce sexual violence in their Campus Grant Program, but rape has not decreased. University of Windsor professor Charlene Senn developed a program called “Flip the Script” that has students recognize the most common sexual misconduct signals and defend themselves with martial arts. Students participating in the program have seen rapes reduced by 50% and attempted rapes by 63% 1 year after enrolling in the 12 hour class.
​
2014 Miss USA Nia Sanchez, who is a fourth-degree black belt in Taekwondo, amazes people with her martial arts. During the Miss USA competition, Nia used her platform to stress the importance for college-aged women to learn martial arts due to the high rate of sexual assault on campus.  For self defense Nia says “Break their knee, break their ankle, break their elbow. Make sure they’re in so much pain, they can’t cause you any pain.”
© 2016 JustHuynh Inc. All rights reserved  |  Terms of Use  |  Privacy Policy