Stay Fit In Your 50s 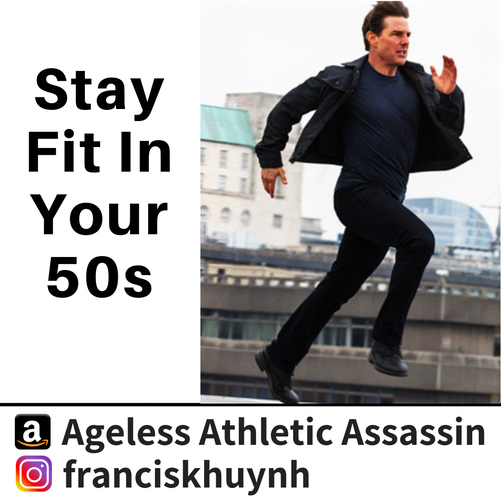 At age 56, Tom Cruise is “cruising” thru life after three decades in Hollywood. He’s earned every bit of his $570 million net worth having starred and performed most of his dangerous stunts in “Top Gun,” Ethan Hunt in “Mission Impossible,” and “Jack Reacher.” For fitness, Tom enjoys sea-kayaking, fencing, sprinting, lifting weights, and rock-climbing.

Robin Wright now age 52 starred as Claire Underwood in the Netflix political drama “House of Cards,” for which she won the Golden Globe Award for Best Actress – Television Series Drama in 2013.  Robin is now one of the highest paid actresses in the United States, earning approximately $500,000 per episode for her role in House of Cards.
​
For fitness, Robin makes 52 look like 32. In preparation for her role in “Wonder Woman” with Gal Gadot, Robin has “warrior-inspired” workouts such as horse riding for an hour, weight training for an hour, and cardio training for an hour. For nutrition during “House of Cards,” Robin did the paleo diet that involved avoiding processed food and dairy products. She ate meat, fish, vegetables and fruit. For “Wonder Woman,” Robin ate 2,500 calories a day thru raw oats in smoothies with avocado, whole milk and weight-gain powder, three times a day.
© 2016 JustHuynh Inc. All rights reserved  |  Terms of Use  |  Privacy Policy